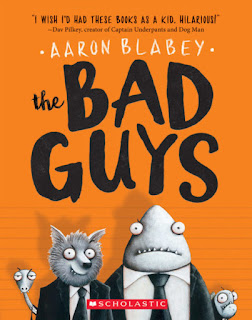 The Bad Guys (Episode1)
by
Aaron Blabey
About the Book


Aaron Blabey is an Australian author of children's books and artist, who until the mid-2000s was also an actor.
Born: 1974 (age 44 years), Australia
Nationality: Australian

Read a Sample of this Book.

Other books in the Series: 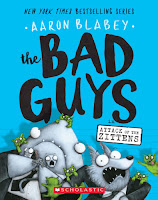 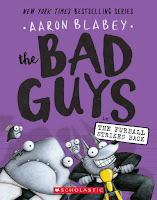 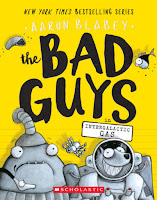 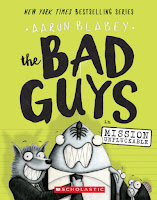 The Bad Guys in Mission Unpluckable (The Bad Guys #2)
The Bad Guys' next mission is busting chickens out of captivity! But they're up against sizzling lasers, a feisty tarantula, and their very own Mr. Snake, who's also known as the Chicken Swallower. What could possibly go wrong?

The Bad Guys in The Furball Strikes Back (The Bad Guys #3)
The Bad Guys are about to have a very BAD day!
Mr. Wolf and his bad buddies have messed with the wrong guinea pig, one who is secretly an evil mad scientist. And the nasty little furball wants revenge! Will they survive? Will they be heroes? And will they ever stop trying to eat each other?!?
It's time for the Bad Guys to spring into action!

The Bad Guys in Attack of the Zittens (The Bad Guys #4)
It's a zombie kitten apocalypse! Can the Bad Guys save the world from evil Dr. Marmalade's meowing monsters?!? They'll need help from foxy Agent Fox, a swampy secret zombie antidote, and the feistiest, toothiest, hungriest granny around. Get ready to watch the fur fly!

The Bad Guys in Intergalactic Gas (The Bad Guys #5)
The bad news? The world is ending. The good news? The Bad Guys are back to save it! Sure, they might have to “borrow” a rocket. And there might be something nasty in one of the spacesuits. And Mr. Piranha miiiight have eaten too many bean burritos. Surviving this mission may only be one small step for man, but it’s one giant leap for the Bad Guys.

The Bad Guys in Alien vs Bad Guys (The Bad Guys #6)
The Bad Guys are vanishing! A creature with TONS of teeth and WAY too many butts is stealing them, one by one. Is this the end for the Bad Guys? Maybe. Will it be funny? You bet your butts it will!