Space Case: A Moon Base Alpha Novel by Stuart Gibbs 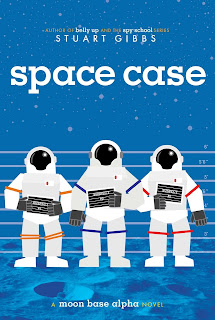 Space Case:
A Moon Base Alpha Novel
by
Stuart Gibbs

Like his fellow lunarnauts—otherwise known as Moonies—living on Moon Base Alpha, twelve-year-old Dashiell Gibson is famous the world over for being one of the first humans to live on the moon.

And he’s bored out of his mind. Kids aren’t allowed on the lunar surface, meaning they’re trapped inside the tiny moon base with next to nothing to occupy their time—and the only other kid Dash’s age spends all his time hooked into virtual reality games.

Then Moon Base Alpha’s top scientist turns up dead. Dash senses there’s foul play afoot, but no one believes him. Everyone agrees Dr. Holtz went onto the lunar surface without his helmet properly affixed, simple as that. But Dr. Holtz was on the verge of an important new discovery, Dash finds out, and it’s a secret that could change everything for the Moonies—a secret someone just might kill to keep...

Writing about a new vocabulary word can help you understand the word.
Make a MCBA vocabulary book of other words in this book and all the
other MCBA books you read.

A Curriculum Guide to Moon Base Alpha, Book 1: Space Case

Other books in the Moon Base Alpha Novel Series: 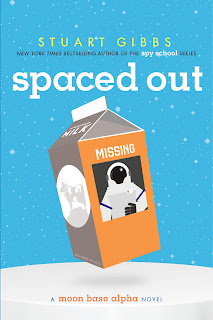 There’s nowhere to hide on the world’s first moon base. After all, it’s only the size of a soccer field. So when Nina Stack, the commander of Moon Base Alpha, mysteriously vanishes, the Moonies are at a total loss.

Though he may be just twelve years old, Dashiell Gibson is the best detective they’ve got. But this confusing mystery pushes Dash to his limits. Especially since Dash accidentally made contact with an alien and has to keep it a secret. With the fate of the entire human race hanging in the balance, will Dash be able to solve the mystery of the missing Moonie? 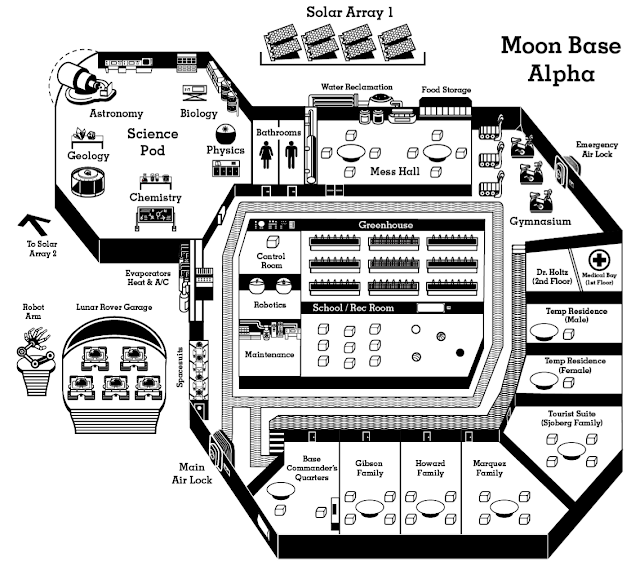 Posted by Rose Magliozzi at 6:30 PM